Hi my name is Darren Eli, I am a Certified Kickboxing/Fitness Instructor and Personal Trainer with the Great Britain Martial Arts Association (GBMAA).

I have been a Trainer/Coach for the last 19 years, specialising in Kickboxing, Boxing training and Circuit Training with groups and on a One-to-one basis, working at some of the top Private Health & Fitness Clubs in London. I am also a qualified Football Coach with the English Football Association (EFA) and I spent 5 years as a Nike Football Coach.

I have been involved in Sport and Fitness at a high level for 28 years, playing Semi-professional football in England, plus competing for England & The United Kingdom of Great Britain in Kickboxing at National and International level. I am a member of the World Kickboxing Association (WKA) England team and the GBMAA team as well as Team Macho UK and the London Predators Fighting Squad.

I am a World Kickboxing Champion and 9x British Champion and also British Team Champion as well as winning numerous other titles. I currently hold a 4th Degree Black Belt in Lau Gar Chinese Boxing.

Working six years for Nike has allowed me the opportunity to learn from and share ideas with some of the best athletes in the world of sport. Competing around the world has also expanded my knowledge of fitness training and methods. 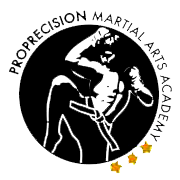